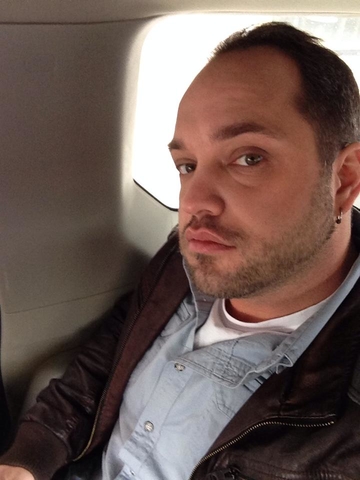 MATTHEW AARON has hit some of the most renowned comedy stages from coast-to-coast. Starting at the legendary Second City Theater, in Chicago, Matthew Aaron was in a troupe that performed many shows at Second City. He credits Second City for helping him hone in on his comedic talent. Upon leaving Second City, Matthew moved to Los Angeles where he performed at multiple venues such as the Comedy Store, theImprov, and the Laugh Factory. It's at these venues that his one hour show, FYL (F@#k Your Life) was conceived.

Upon returning to Chicago, Matthew debuted his one-hour comedy concert, a show that talked about current political issues and explored society’s infatuation with complaining. He has also produced numerous digital shorts, with impersonations of celebrities such as Louie Anderson, Elizabeth Berkeley, Julia Child, Michael McDonald, Al Pacino & Harvey Fierstein, to name a few. Matthew has been involved with Piven Workshops and is in development on a TV series based on his stand-up act.

In 2014 Matthew sold a comedy pilot to LD Entertainment, his writing partner on the project is Award winning Writer/Director Jacob Aaron Estes (Mean Creek, The Details.) Matt and Jacob met when Jacob was a guest on The Matthew Aaron Show. The untitled project is still in development.

In late summer 2014 Matthew Aaron wrapped production on his debut feature film "Bromance", an observational comedy about modern dating and sexuality. Matthew starred in the film as well as directed.

In June of 2015 Matthew completed production on his second feature film, the ensemble comedy “The Way We Talk” which features many of the same faces from Bromance and sees Matthew back on the screen as well as behind the camera as director. The Way We Talk is an Award winning dramedy about a group of friends who gather at a Lake House for a "conscious uncoupling" party.

In July 2016 Matthew wrote, directed and starred in his third feature film, "Landline," a comedy which takes place in Chicago and follows a PR agent who, under the stress of work, a marriage, and social media, gives up his cell phone and disconnects and once doing so, discovers the wacky implications of going off the grid. "Landline" is the first sports-related film to feature LGBT leads working in association with Major League Baseball and the WORLD SERIES WINNING Chicago Cubs. The film also stars Tom Arnold, Betsy Brandt, Jim O’Heir, Nick Searcy, and Cubs hall of famer Ryne Sandberg.

Landline had it's world premiere at the Music Box Theatre in Chicago in March of 2017 and is currently available to rent/own on Digital HD, Amazon, iTunes, Premium Cable, etc. 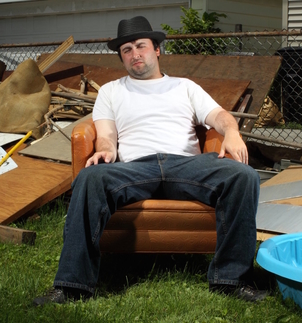 LEE KEPRAIOS has co-hosted The Matthew Aaron Show since its debut in 2011, having been picked by host Matthew Aaron for his on-air naturality, quick-wit, and perceptive insight into movies and the world of entertainment. He has interviewed hundreds of guests from a multitude of circuits including television, film, music, comedy and sports to name a few.

A Chicago stand-up comedian for over ten years, Lee has entertained audiences throughout the country. He kicked off his career with the one man stand-up show, Don't Forget to Try The Veal, that he wrote and performed as kind of senior thesis before his graduation from The Evergreen State College in Washington State.

A lifelong cinephile, Lee is currently heavily involved in the world of movies both on and off camera. A student of Chicago's prestigious Piven Theater Workshop, Lee can be seen in The Matthew Aaron Show's independent debut feature film, Bromance, and its new feature The Way We Talk.

He also presently teaches film at The Wip Theater in downtown Edison Park. “Film Night at the Wip Theater” is where you will find him screening films and leading discussions in five week long sessions. Past programs have includedBeneath the American Dream, Uncommon Gems of the 90's and Introducing Albert Brooks.

On top of all this, he has a natural pine and sandalwood scent and holds the world's 6th highest score for Galaga probably.

PATRICK TOBIAS always wanted to be involved in the entertainment buisness, having studied Film/TV in College he was eager to get his foot in the door.

Pat currently serves as Executive Producer of Matthew Aaron’s radio show “The Matthew Aaron Show”, he also books all the guests who appear on the show. He played a key role in the building of a Worldwide audience and maintains a strong relationship with many talent Agents, Managers, Publicists, Studios & PR firms.

Dine and Dash is Executive Produced by Matthew Aaron along with Writer/Director Joe Carnahan.

In 2014 he co-produced the Indie feature "BROMANCE," an observational comedy about modern dating and sexuality. The film was written, directed and starred Matthew Aaron.

In 2015 he co-produced the award-winning Indie feature "THE WAY WE TALK," a comedy about a group of friends who gather at a Lake House for a "conscious uncoupling" party. The film was written & directed by Matthew Aaron.

In 2016 he produced and casted the feature "LANDLINE," a comedy which takes place in Chicago and follows a PR agent who, under the stress of work, a marriage, and social media, gives up his cell phone and disconnects and once doing so, discovers the wacky implications of going off the grid. "Landline" is the first sports-related film to feature LGBT leads working in association with Major League Baseball and the WORLD SERIES WINNING Chicago Cubs.

STEVE WEIRICH is a freelance videographer,editor, photographer and concert stagehand. Steve earned his bachelor's degree in television writing and production from Columbia College Chicago. His experience in video ranges from camera operator for division one college sports, concerts, and corporate events. Additionally he has overall production experience running lighting and sound for live broadcasts.

As an editor Steve focuses on highlight videos,corporate videos and short films.

LEONARD CANNATA grew up in Cicero, Illinois and has always had a passion for politics and movies. He obtained his BA from DePaul University Chicago, his MPA from The University of Illinois at Chicago, his law degree from The John Marshall Law School and is also pursuing a LLM. His passion for politics led him to working on numerous political campaigns for local, state, and national figures.

He is a licensed Illinois Attorney focusing on Voting and Election Law, municipal and government law, as well as serving as Counselor to many small and mid-size business entities. Lenny continues to reside in Cicero.

CHUCK SALVATORE was born and lives on the south side of Chicago. He was a journalism major, who spent over three years as a reporter, radio host and blogger before turning to a career in human resources.

Chuck studied improvisational comedy at The Annoyance Theater and studied and performed at iO (formerly improv Olympics) Theather, both in Chicago.