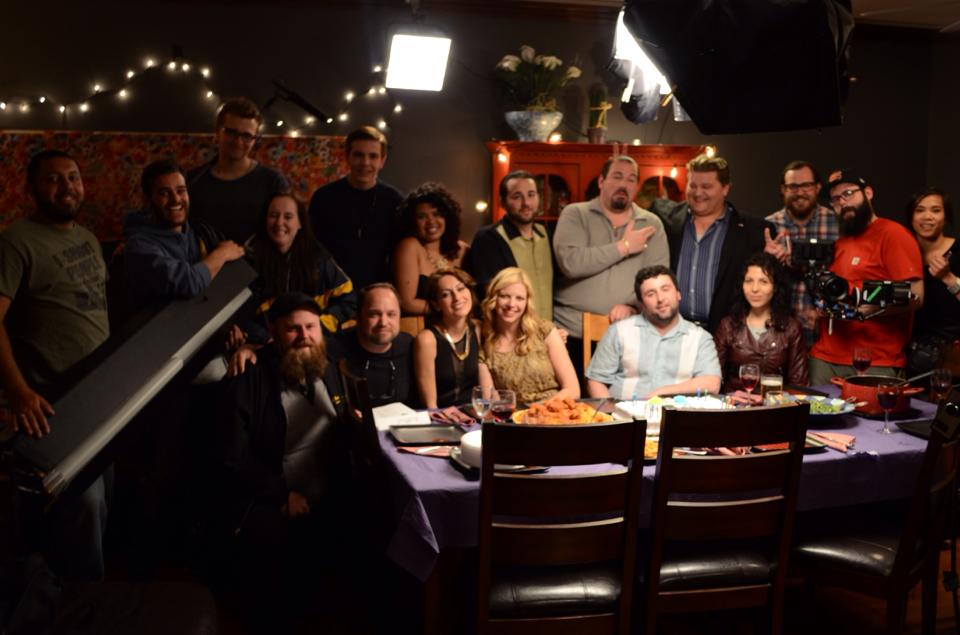 When a group of friends reunite for a “conscious uncoupling party” at the divorcee’s (Nadia Lanfranconi) lake house, relationships are put to the test.

Michael Terzo and Nadia Lanfranconoi star as Michelle and Jerry Turano , a couple whose marital troubles are put on hold while they host an “conscious uncoupling party” for their long time college friends. As the weekend unfolds, the friends catch up with each other, discuss their relationships, reminisce, smoke marijuana, and pair off with each other in unexpected combinations. Included are Phil (Leonard Cannata), a smarmy politician; Skip (Lee Kepraios), a blue collared man working two jobs to support his wife and he; Sheri (Melissa Duprey), married to Skip and a struggling actress; Jenny (Hilary Barraford), married to Phil, a successful tv actress and pining for motherhood; Johnny (Chuck Salvatore), a divorced, burnout, having an early mid-life crisis; and Marty (Matthew Aaron), an art teacher who hasn’t gotten over his ex-best friend and one time lover, Ryan (Nicholas Wallen). Joining the group is Johnny’s one night stand, precocious and perceptive Laura (Julia Perri). As they learn to deal with the truth about the loss of idealism in their lives, the friends find their bond still intact, while the relationship of Marty and Ryan is healed in an unusual way that's in sync with the imperfections of their friends relationships.