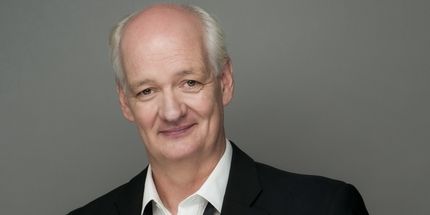 Multi-Award Winning Comedian/Actor Colin Mochrie (Who's Line is it Anyway?...) joins us on The Matthew Aaron Show this Wednesday (7/1) as we broadcast from Chicago.

Colin joins us to discuss his career, the current state of live theatre and improv, his touring comedy shows SCARED SCRIPTLESS with fellow Who's Line alum Brad Sherwood, & HYPROV, which features Colin doing improv within the confines of a theater where twenty volunteers are under hypnosis. Plus much more.

SCARED SCRIPTLESS
Armed with only their wits, Whose Line is it Anyway? stars Colin Mochrie and Brad Sherwood are taking to the live stage and they’re…Scared Scriptless.  Prepare to laugh yourself senseless as improv comedy masterminds Colin & Brad must make up original scenes, songs and more from whatever you, the fans, suggest! You just might also get to join in on the fun on stage. It’s a hilarious comedic high wire act… just like a live version of ‘Whose Line!’ How the heck do they do it? We don’t know either! Don’t miss the best duo in improv, Colin Mochrie and Brad Sherwood, in their wildly entertaining Scared Scriptless Tour.

Hypnosis and Improv -- two art forms that have mystified and entertained fans, skeptics and everyone in between for decades worldwide – come together as two masters of their crafts unite for a totally unique comedy experience, Improv Under Hypnosis.

Subscribe for free and download the show on APPLE PODCASTS. You can also listen on the go on your Android/iPhone/iPad device via SPOTIFY & our NEW platform ANCHOR.

COLIN MOCHRIE returns for yet another season on the CW to the hysterical improv show “Whose Line Is It Anyway?” along with host Aisha Tyler and fellow stars Wayne Brady and Ryan Stiles, who put their comedic skills to the test through a series of spontaneous improv games.

Mochrie is an alumnus of Toronto’s famous Second City comedy troupe and is widely considered to be one of the leading improvisers in the world.


Mochrie appears regularly in film and television and was notably a cast member of CBC’s classic news spoof “This Hour Has 22 Minutes” for two seasons.  With his wife, Debra McGrath, he produced, wrote, and starred in the CBC show “Getting Along Famously.”

A native of Scotland but a life-long resident of Canada, Mochrie has remarkably toured worldwide for over a decade, with “Whose Line” castmate Brad Sherwood, performing a live improv show.  Their first show “An Evening with Colin and Brad,” has the distinction of being one of the longest-running comedy tours in history.  Their current two-man improv show is Colin Mochrie & Brad Sherwood: The Scared Scriptless Tour.

In the past, Colin’s writing for television, stage, and magazines has garnered numerous awards. His first book of fiction, Not Quite the Classics, in which he uses the first and last lines of familiar classics as a launching and landing point and re-imagines everything in between, was released by Viking, a publishing arm of Penguin Canada, in October 2013. The ebook version is currently available in the US at www.diversionbooks.com or www.amazon.com.

In 2018, Colin and comedienne Andrea Martin were the inaugural recipients of Canada’s John Candy Award for Excellence in Comedy.